WHAT IS GERALD’S GAME?

Jessie (Carla Gugino) and Gerald (Bruce Greenwood) head to a secluded holiday home to try and repair their failing marriage. But when a kinky sex game goes wrong, Jessie finds herself handcuffed to a bed, her husband dead on the floor, with only a stray dog for company. And that dog is hungry.

Being a book that revolves around a woman chained to a bed, alone, for the majority of its pages, Gerald’s Game has frequently been called unfilmable. But Mike Flanagan – the writer-director responsible for Oculusand Hush – has cracked the code, making a few changes to the narrative in his adaptation of the Stephen King tome, but maintaining the book’s sense of dread and terror throughout. The result is one of the best horror movies of the year.

We meet Gerald and Jessie at a time of crisis in their marriage. As Sam Cooke’s “Bring it on Home to Me” plays, we watch Gerald pack for a make-or-break trip to their holiday home in the sticks. Handcuffs are the final item he throws in his bag, hoping that a sex game will spice things up, and rekindle the flame that has long gone out.

What follows is lots of set-up, involving a stray dog, some fresh meat, a door mistakenly being left open – that kind of thing. We’re told that Gerald has prepared everything in advance, so there will be no maid, gardener or visiting friends to interrupt their fun. Oh, and those hand-cuffs are particularly strong, and soon tethered to bed-posts that are re-enforced.

But the sex game almost immediately goes wrong, with an argument breaking out that turns violent. Gerald has a heart attack and drops dead with Jessie still tied to the bed. And all those set-ups start to pay off, the horrors that Jessie experiences physical as her body breaks down and that dog pays her a visit. And mental as she starts to lose her mind via dreams, nightmares and terrifying hallucinations.

Flanagan and his writing partner Jeff Howard make a big change to this section of the story that really brings Gerald’s Game to life onscreen. In the book, Jessie hears the voices of old friends, colleagues and even her former psychiatrist. But here, it’s Gerald who comes back from the dead, to both help and taunt her. It’s a smart dramatic device, allowing the film to fully explore the misery that has engulfed their marriage via heated conversations and revealing flashbacks.

Flashbacks also allow the film to leave the bedroom whenever claustrophobia sets in. Though when Jessie’s visions take her back to childhood, and a terrible incident during a solar eclipse, it’s so horrific that you’ll be wanting to return to that bed in the present.

Flanagan rings every drop of suspense out of the situation, turning a glass of water traversing across a shelf into a tense action scene, and shooting an incredibly gory sequence late in proceedings that will live long in the memory. And also have audiences reaching for the sick bag.

As well as being creative visually, the success of Gerald’s Game is just as dependant on its cast. And mercifully, the film strikes gold on both fronts. Bruce Greenwood — sporting some SERIOUS abs — makes the most of Gerald’s expanded role. He’s charm personified early on so you can see why Jessie first fell for him. Then layer after layer is peeled away to reveal his true self, and you can see why their marriage is dead. In Jessie’s mind, at least.

And Carla Gugino is quite simply magnificent as Jessie. It’s a complex role, the character talking to herself for much of the film; tough and ruthless one minute, terrified and confused the next. But Gugino pulls it off, her brave efforts turning Jessie into a horror heroine for the ages.

Gerald’s Game is very nearly a genre classic. There’s one problem however. A sub-plot from the book — involving a character called ‘The Space Cowboy’ — crops up here, most notably during a lengthy epilogue. And what barely worked on the page most definitely doesn’t work onscreen, turning the ending laughably bad, and making what’s gone before seem somehow less.

Which is frustrating, as until that point Gerald’s Game is one of the great Stephen King adaptations; a tense, terrifying thriller anchored by a career-best performance from its lead. But also a film that – for maximum impact – we recommend turning off 10 minutes before the credits roll.

Gerald’s Game screened at Fantastic Fest and will be streaming on Netflix from September 29. 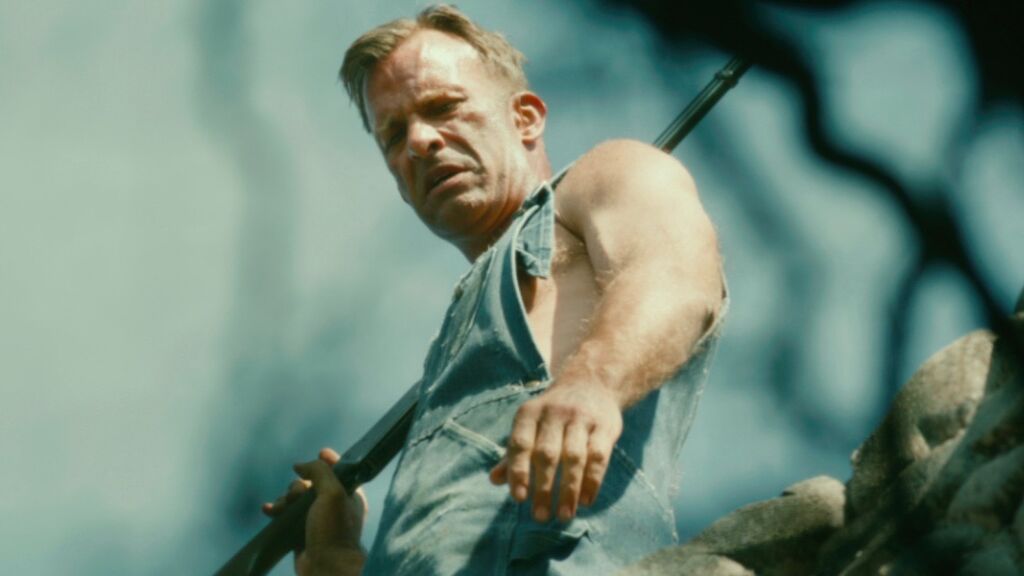 We Will Guess Your Real and Psychological Age in a Minute!

14 Facial Features and Personality Traits That Everybody Loves

16 Ingenious Inventions You’ll Want to Get Right Away

10 Sugar Substitutes That’ll Save Your Health

8 Logic Puzzles That Will Leave You Scratching Your Head